Asking How Did It Happen Only Once

Some clients prefer to ask ‘How did it happen?’ at the beginning of a script: the idea being that if this is a tenant action they may warn of tenant recharges and see if the tenant still wishes to continue and if so to later provide advice as to the estimated cost incurred.

However, when calling multiple scripts this ‘How did it happen’ may appear several times and so the following is designed to address this issue.

How to set it up

Amend the System script ‘How did it happen?’ 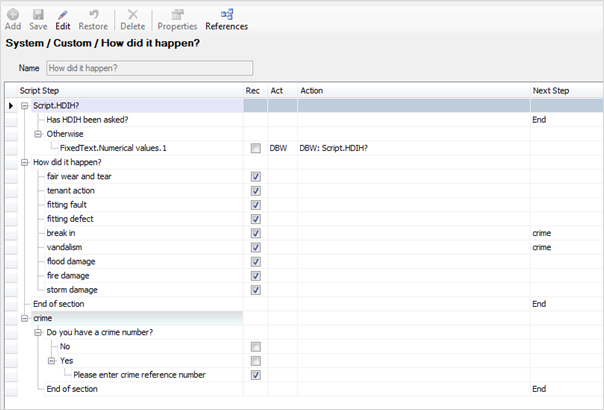